Ah, the timing belt, a name that speaks for itself! We all know belts are meant to keep things in place, and timing is the specific period during which something should happen. With that, can you put together what the timing belt does?

At Carmedix auto shop in Durham, NC, we understand that in an engine, when you put the two together, you get a perfectly orchestrated rotation of the wheels turning and the people on the bus going up and down. Well, that’s not it exactly, but it’s not a bad visual to have when trying to understand how the timing belt on your vehicle works in unison with the crankshaft and camshaft to keep your motor running!

The crankshaft, while turning horizontally, causes the pistons to go up and down. Above the crankshaft, there’s the camshaft whose motion is responsible for opening and closing the valves that release a gas and air mixture. When the pistons go up, they compress the mixture causing a spark and combustion, which is where all the power in the engine comes from. For these parts to rotate simultaneously, the timing belt, or timing chain in some vehicles, has to wrap perfectly around the gear wheels so the “teeth” on the belt, and the grooves on the wheels, mesh together like clockwork. Carmedix gets it right, and offers a 24 month/24,000 mile warranty!

The tricky part about this essential component is that it’s like a hidden gem. There’s a cover over the belt to keep it shielded from dirt and debris. Because it’s not highly visible, it often slips people’s minds. With all the friction and heat generated from the constant rotational movement, the timing belt will eventually wear down and not be able to perform its job properly. When something is out of sight, it’s often out of mind, and unfortunately, there are no obvious warning signs of a declining timing belt, so it will likely just go kaput.

To avoid this catastrophe, you’ll want to have it replaced according to the manufacturer’s guidelines. So get out that owner’s manual, that may very well be buried in the glove compartment, and see what they recommend. Typically, you’ll find the life of a timing belt to be somewhere in the range of 60,000-100,000 miles, with older cars, and cars driven in consistently warmer climates, being at the lower end. This undeniably fitting accessory keeps all moving parts of the engine in sync. For a fairly inexpensive part, it has a pretty big job! To keep costs low, have the experts at Carmedix get under the hood and replace it before it causes extensive damage. With offerings such as free local shuttle service, after hour drop-off and pick-up, free roadside assistance, and free car rental, you’ll experience the epitome of convenient car care.

We’d Love to Hear From You:

Check Out Our Specials By Clicking Below 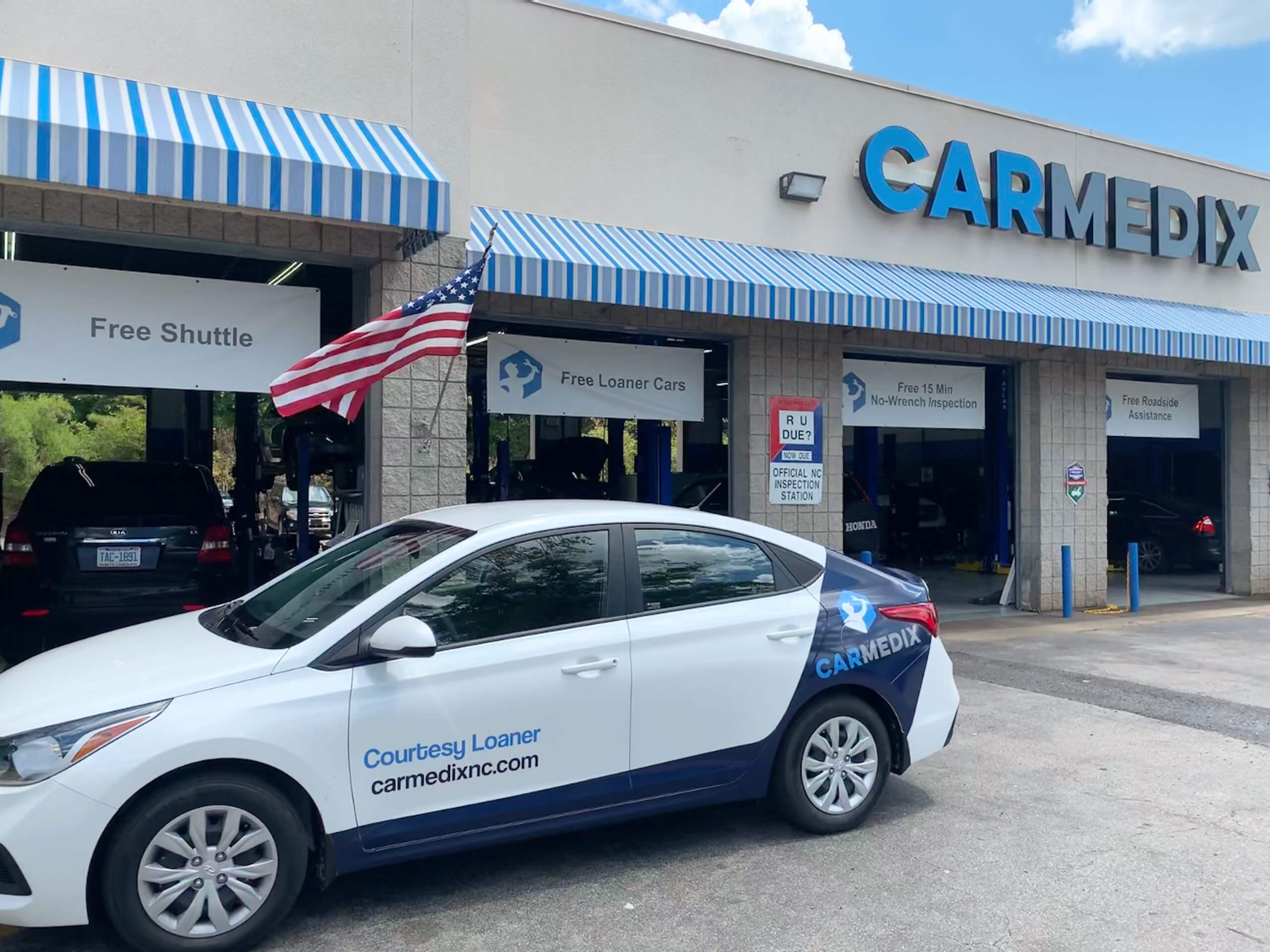 We Are Open And Serving Our Community

North Carolina has declared Auto Repair an essential service. Because of this we are still operating during our regular business hours and are taking extra precautions to serve our customers.

To comply with social distancing we are limiting traffic in our common areas including our waiting room and counters. We are taking additional steps to sanitize these areas after each customer visit.

All vehicles are disinfected upon arrival and before they are handed back to the customer, our technicians also use gloves, seat covers, and steering wheel covers to limit contact with your vehicle

Lastly, we offer various payment options that can be processed directly from a cell phone instead of having to come into our location.

Our goal is to continue to offer safe and secure auto repair services to all of our clients. If you require assistance please give our shop a call at 984-888-0791 or schedule an appointment online.